Biotechnology refers to any technological application that uses biological systems, living organisms, or derivatives thereof, to make or modify products or processes for specific use. Traditional biotechnology applications include plant and animal breeding, brewing beer with yeast and cheese making with bacteria and meristem plant production through tissue culture. Over recent years, however, modern biotechnology has revolutionized the ability to alter life-forms through applying genetic engineering techniques, overcoming natural reproductive barriers that are not techniques used in traditional breeding and selection. Organisms resulting from genetic engineering are said to be “genetically modified”, “genetically engineered”, or “transgenic”; and are often described by the term GMO or Genetically Modified Organism.

Modern biotechnology has the potential to bring about dramatic changes related to food, health and environmental concerns. While conventional biotechnology has been in use for a long time, modern biotechnology (genetic modification) is relatively new and is being increasingly used in the production of food, fibers, fuel, food stocks and pharmaceuticals. Such genetic modification procedures have been used to produce crops that are resistant to diseases (and so require less pesticide use for their production), resistant to herbicides, plants that produce fibers of a specific characteristic (such as blue cotton) or pharmaceuticals that have greater precision in their action.

Despite its potential for addressing agricultural, environmental and health issues, the need to detect and to protect humans and other natural resources from possible adverse effects of modern biotechnology have made it an issue of growing international concern. The use of genetic modification therefore must be weighed against all known and unknown risks, and overall, must be judicious.

The concept of biosafety refers to the need to protect human health and the environment from the possible adverse effects of the products of modern biotechnology. The perception of risks from GMOs and their products have led the international community to put in place a framework known as the Cartagena Protocol on Biosafety to deal with the establishment adequate biosafety measures. The Cartagena Protocol on Biosafety to the Convention on Biological Diversity was adopted in Montreal on January 29, 2000 as a supplement to the Convention on Biological Diversity and entered into force on September 11, 2003. St. Kitts and Nevis ratified this Protocol on May 23rd, 2001 and is a party by accession since

September 11th, 2003. As a signatory to the CBD and CPB, St. Kitts and Nevis is obliged to implement the articles of the CPB and develop its own national regulatory framework for the safe transfer, handling, use and release of genetically modified organisms (GMOs) and products resulting from modern biotechnology.

As a small island developing state, St. Kitts and Nevis is particularly vulnerable to the potential adverse effects of GMOs. At the same time, the potential development gains from the use of modern biotechnology are recognized. However, it is important to strike a careful balance to ensure that our biodiversity, environment, health, and culture are not damaged in the process.

What have we done?

St. Kitts and Nevis enacted its biosafety legislation when The Biosafety Act of 2012 was passed in the National Assembly. Further, as an activity under the 2013, three year National Biosafety Framework (NBF) project a review was conducted of the Biosafety Act with inputs from regional and national legal consultants. It was recognised that certain provisions within the Act needed to be amended. At the national level therefore, a legal consultant was contracted to make amendments to the current legislation and as a result, the Biosafety Amendment Bill 2016 was drafted.

In addition to the Biosafety Act and Biosafety Amendment Bill 2016, St. Kitts and Nevis has drafted Biosafety Regulations 2016.

The NBF Project provided significant opportunities for human resource development for biosafety management through a series of workshops, short training courses and interactive meetings. These included training in regulations and administrative system, socio-economic considerations, risk assessments, the role of border control, and decision making, all in relation to biosafety. The project also gave St. Kitts and Nevis the opportunity to participate in fellowships with the United States Department of Agriculture, and the International Centre for Genetic Engineering and Biotechnology (ICGEB). As such, St. Kitts and Nevis now has cadre of technical, scientific, administrative, legislative and other non-technical personnel trained in the various areas of biosafety and by extension, modern biotechnology.

There were also opportunities for capacity building at the institutional level, as the St. Kitts and Nevis Bureau of Standards was provided with laboratory equipment in March of 2016.

As recent as August 2018, a number of technical officers participated in a GMO detection workshop and a Biosafety Clearing-house (BCH) workshop. The BCH is an online information sharing mechanism designed for the exchanging of information about GMOs between Parties to the Protocol on Biosafety and other stakeholders. 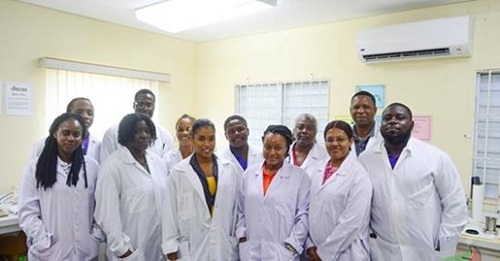 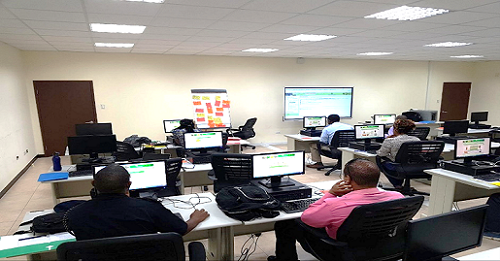 Stay Connected With Us